What is Strategy Design Pattern
Strategy Pattern is used when there is a family of interchangeable algorithms of which one algorithm is to be used depending on the program execution context.
Strategy Pattern achieves this by clearly defining the family of algorithms, encapsulating each one and finally making them interchangeable. Each of the algorithms in the family can vary independently from the clients that use it.
Interchangeability is achieved by making a parent interface/base strategy class and keeping individual algorithms as children of this base class. The client class holds a reference to the base strategy and at runtime receives the correct algorithm child instance depending on the execution context. 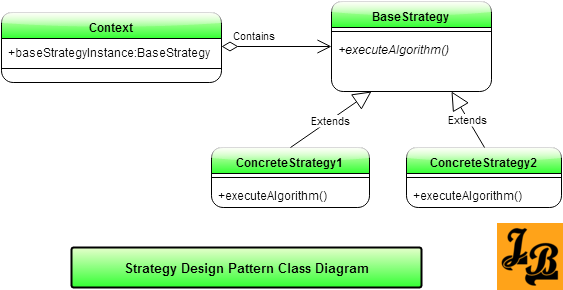