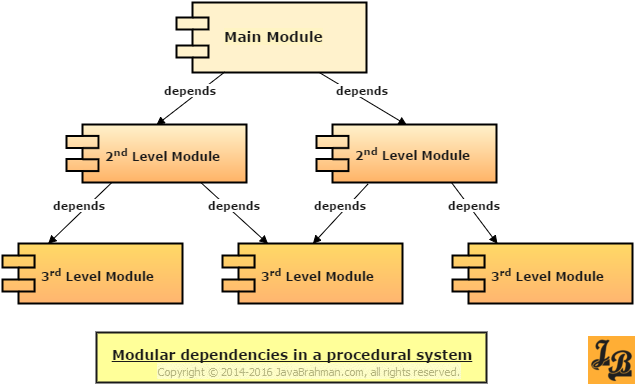 As you can see the traditional systems have a top-down dependency structure with the Main or Root module depending on 2nd Level Modules which in turn depend on 3rd Level Modules. 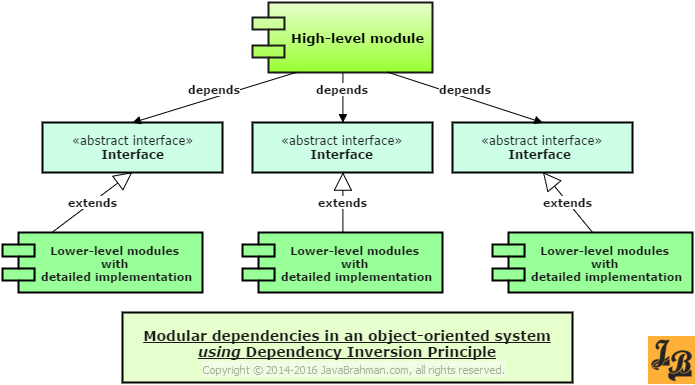 Let us now take a look at what are the advantages of using Dependency Inversion Principle when designing object-oriented systems.

Advantage of using Dependency Inversion Principle
If you take a re-look at the diagram above showing modular dependencies in a procedural system, then one can clearly see the tight coupling that each module layer has with its sub-layer. Thus, any change in the sub-layer will have a ripple effect in the next higher layer and may propagate even further upwards. This tight coupling makes it extremely difficult and costly to maintain and extend the functionality of the layers.

The Dependency Inversion Principle, on the other hand, does away with this tight-coupling between layers by introducing a layer of abstraction between them. So, the higher-level layers, rather than depending directly on the lower-level layers, instead depend on a common abstraction. The lower-level layer can then vary(be modified or extended) without the fear of disturbing higher-level layers depending on it, as long as it obeys the contract of the abstract interface. If, as shown in the object-oriented design diagram above, the lower layers literally extend the abstraction layer interfaces, then they will follow the contract.

Thus, with dependency inversion bringing in the abstraction layer in between the higher and the lower layers, there is a loose coupling between layers which is highly beneficial for maintaining and extending the overall System. 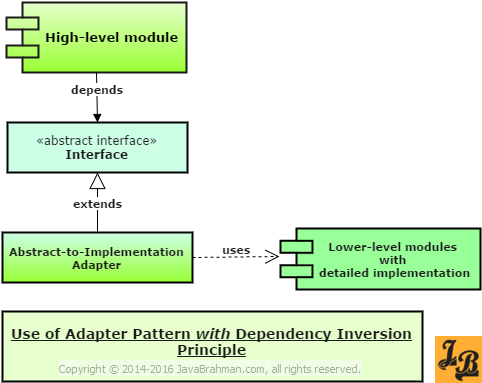 As seen in the above diagram, an Adapter can be used to adapt the lower level implementation details to make it comply with the abstraction interface. The higher-level layer, however, remains unaware of the use of adapter pattern as the reference point for the higher layer still remains the abstraction which is left untouched.

Let us now see a much prevalent example of Dependency Inversion Principle – that of the Service layer in the Java Spring framework. 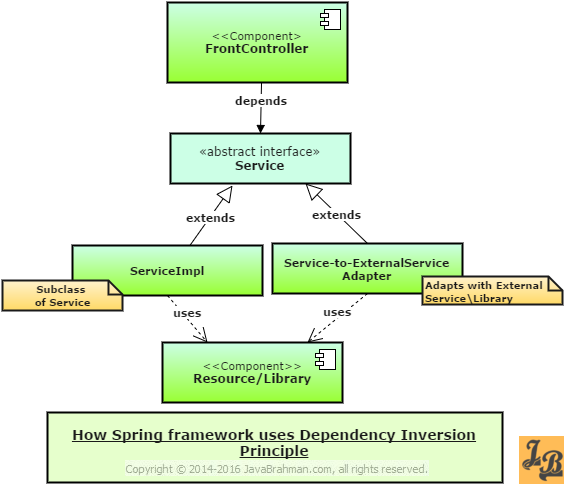 The above diagram shows how the Service layer in the Spring framework, a prominent framework of Java Enterprise Edition or JEE, uses Dependency Inversion Principle. The salient observations which can be made from the above diagram are –