This tutorial explains thread life cycle in Java with examples. This is the second article in the Java Concurrency Series, with the first articleClick to Read tutorial on Java MultiThreading Basics & How-to create/run Threads covering basics of multithreading in Java. In this tutorial we will start by looking at the Java thread lifecycle diagram. We will then look at individual thread states in detail to understand the state information they encapsulate and how transitions happen between these states. Lastly, we will take a look at a code example showing how a thread moves through its states, understand the logic of the program via a sequence diagram and then understand how the code works. 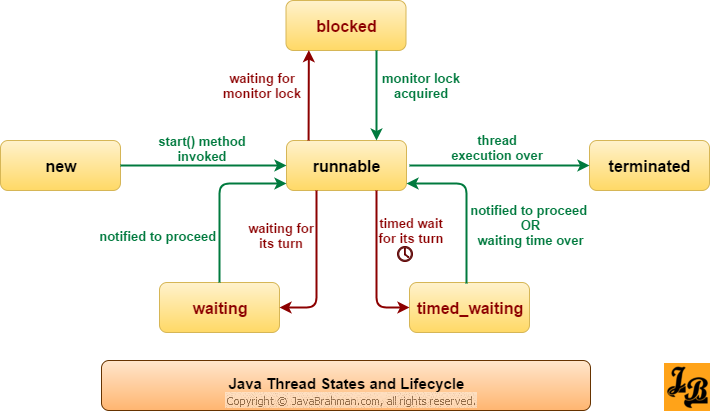 Above diagram shows how a typical thread moves through the different stages of its life cycle. Let us look at these states one-by-one and understand their place in the life of a Java thread –

In-built Java Enum Constants for thread states
To provide a standard naming and reference for individual thread states, Java language designers have defined an enum named java.lang.Thread.State which has the following constants defined (each one named after the thread state it refers to) –

Java example showing thread states in action
The Java example below shows how a typical thread moves through the various life cycle states. A sequence diagram showing interaction between threads and detailed explanation of the code follows. 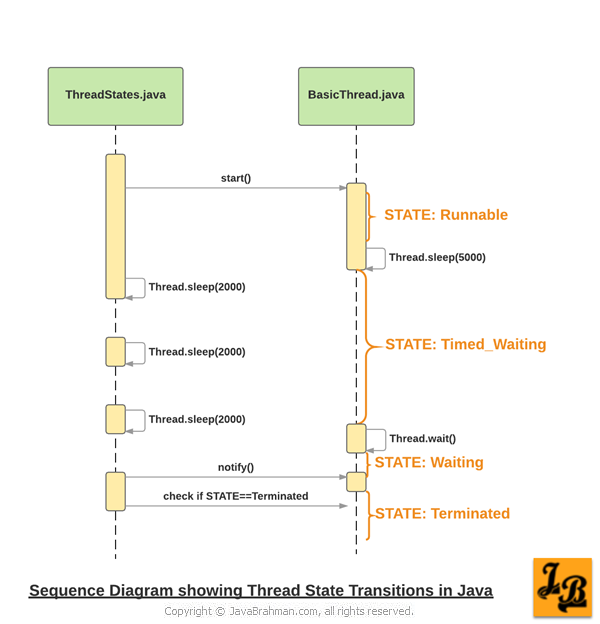 Summary
In the above tutorial, 2nd in the Java Concurrency Series, we understood the lifecycle of a thread, looked at different thread states, and saw how a thread moves through the different states during its life. In the next tutorial in this series we will take a look at the thread characteristics and how they can used to control the execution of threads as required.