As per the TIOBE Programming Community Index[1] Java has been ranked at the premier position. This is the second month running that Java has been ranked at this position. Last month, Jan’2016, it had regained the top spot after lagging behind C language since Jan’2015. It took one year for Java to bounce back with ~6% gain. Moreover, it seems Java is here to stay as it currently has 21.5% rating points, which is almost 6.1% rating points more than its nearest competitor C at the second rank.

The other languages rounding up top 5 positions include C++, C# and Python in that order.

Have a look at the official TIOBE ratings chart for Feb 2016 below: 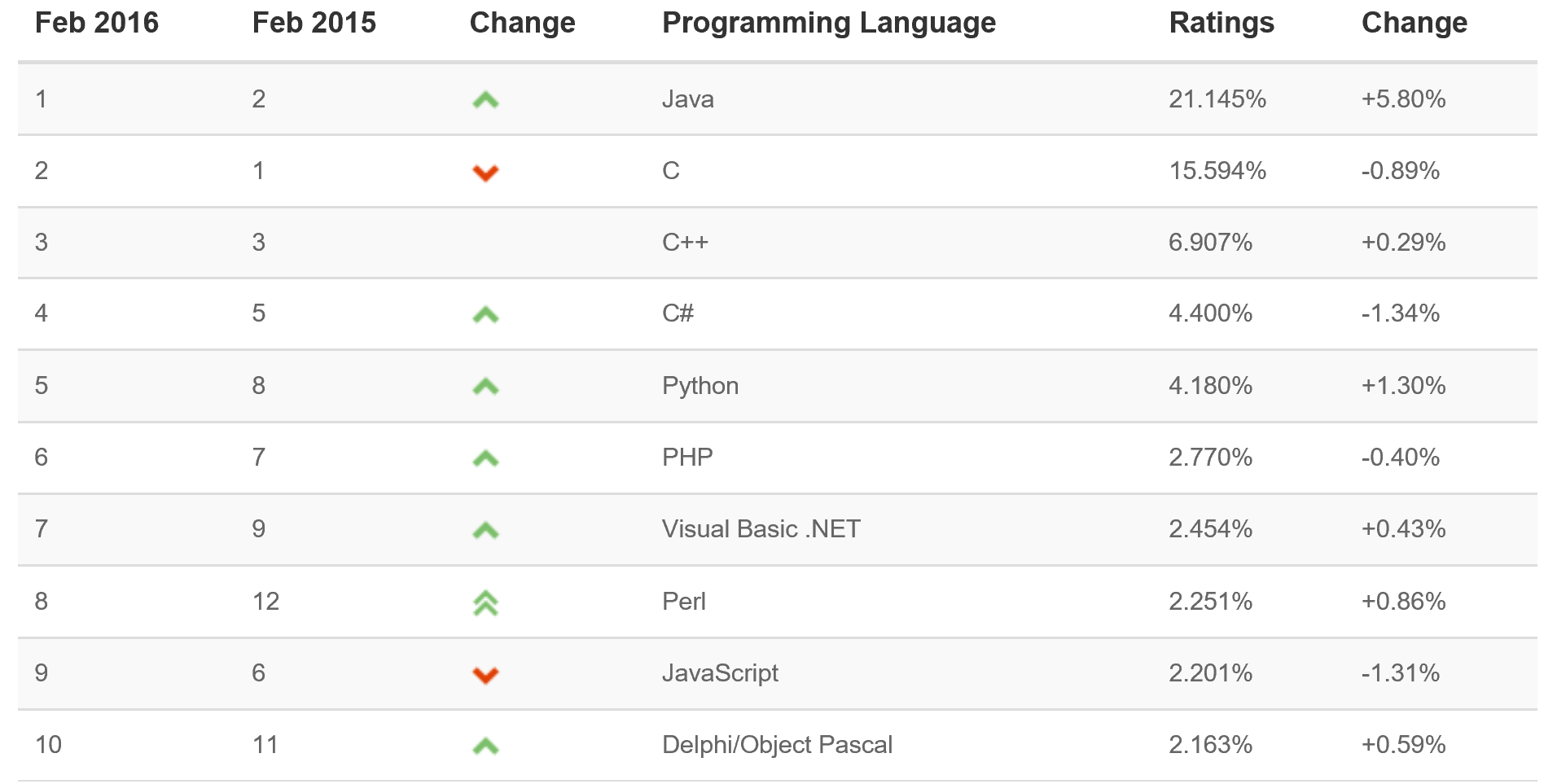 TIOBE’s ranking method is pretty straightforward. It searches 25 of the most popular search engines with the query “. The rankings are evaluated based on the number of hits each language returns.

Jury is out on what could be the reasons for this elevation of Java in the rankings! TIOBE’s official reasoning was this-


At first sight, it might seem surprising that an old language like Java wins this award. Especially if you take into consideration that Java won the same award exactly 10 years ago. On second thought, Java is currently number one in the enterprise back-end market and number one in the still growing mobile application development market (Android). Moreover, Java has become a language that integrates modern language features such as lambda expressions and streams. The future looks bright for Java.

This is clearly a healthy sign for Java as it recently celebrated its 20th birth anniversary[2]. With the next big push in computing coming in IoT where Java is clearly planning ahead with the next release of Java ME. Also in the pipeline are modules coming-in in Java 9. Modules are intended to make Java lighter(of smaller size).Modules will increase Java 9’s acceptance as space is one of the main constraints in IoT devices.

All in all, Java is back in the race with a decent lead and looks set to consolidate it as well…