This tutorial explains exception hierarchy in Java. It starts with showing the Java class structure for handling errors and exceptions. We will then look at three major types of exceptions in Java which are direct sub-classes of java.lang.Exception, java.lang.RuntimeException and java.lang.Error respectively, along with examples for each type. 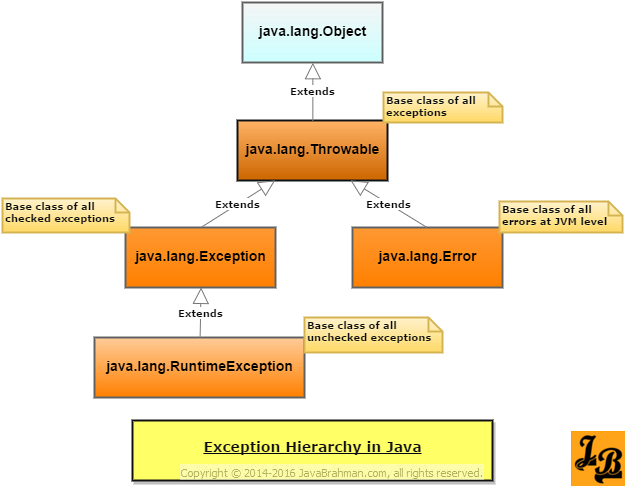 From a programming perspective you will rarely work with Throwable class. Rather, it is considered a good programming practice to avoid using Throwable directly in your code. The remaining three classes – Exception, RuntimeException and Error represent the three important types of exceptions in Java.

In this article we first looked at the exception hierarchy in Java described via its class diagram.This was followed by brief explanation of the important classes in the diagram. Finally, we looked the three main types of exceptions in Java – Exceptions, Runtime Exceptions and Errors and understood their individual purpose.